BeeDeeM provides a toolchain made of: 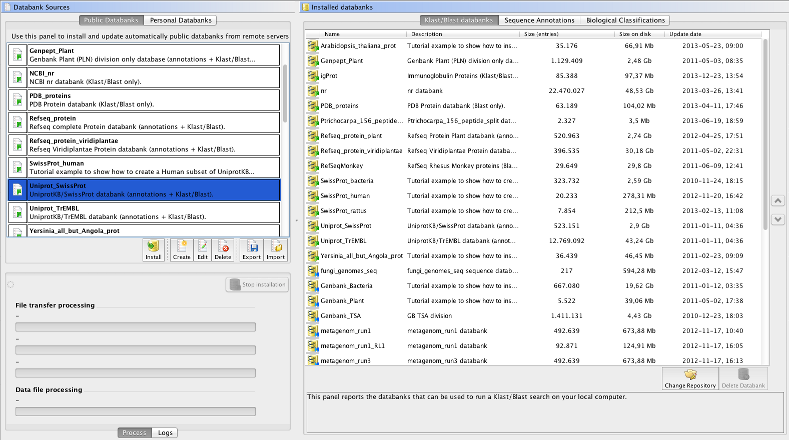 Among others, these databanks can be used to:

You can review all the features of the software by having a look at its user manual.

BeeDeeM is running on Linux, MacOSX and Windows. Major requirements of the software: a Java Runtime 1.7+, a 64bits computer and potentially a huge amount of disk space (depending on which banks you install). BeeDeeM comes with NCBI's makeblastdb to prepare BLAST banks; however, BeeDeeM does not comes with the entire BLAST suite of software.

Thank you for sharing this tool.

A Docker support has been added to facilitate the use of BeeDeeM. Read this.