Latest
Open
RNA-Seq
ChIP-Seq
SNP
Assembly
Tutorials
Tools
Jobs
Forum
Planet
All »
Home
Log In
Question: While generating the % of mapped reads to all miRNAs, do I need to consider unique or multi-match reads?
0

I am trying to create a table for the distribution of mapped RNA sequenced reads across miRBase v.21 for each isomiRs. 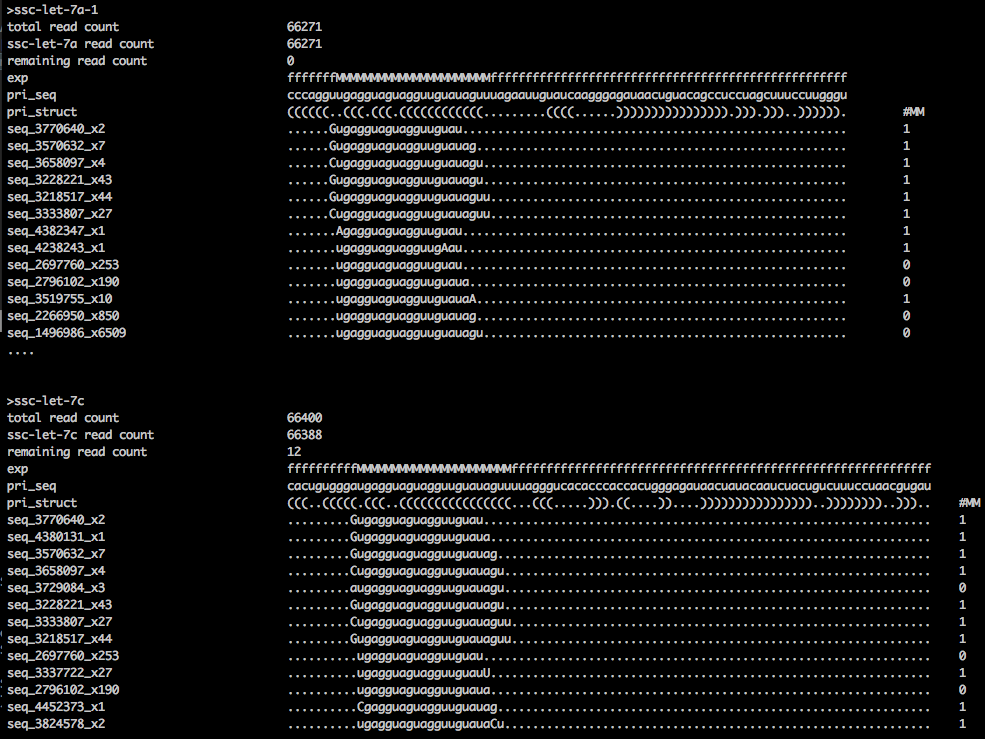 I have written a perl code to identify the isomirs using miRBase.mrd file.

As per the above output, some of the sequenced reads are present in both "ssc-let-7a-1" and "ssc-let-7c".

While generating the percentage of mapped reads for all miRNAs, do I need to consider only unique reads (seq_2697760_x253 only once) or reads with multiple matches then it becomes 2*253=506 reads?

For reference, this is the miRDeep2's final read count output file for all miRNAs

I think you should count every read only once. It may map to 100 miRNA, but it is still one read. (I understand you are talking about "sequences" and not reads. I assume that "sequences" are just clustered identical reads, thus the situation doesn't change). The best thing, however, would be to do a very small experiment, if you have time. Try to do the analysis with only 1 sequence (mapping in multiple positions). From there, you will easily understand what is the correct way of treating it.

You will need a higher coverage to validate isomiRs, really higher.