I have a haplotype matrix determined from a genotype data of bi-allelic SNP.

The genotype to haplotype "conversion" was done considering the algorithm in this link.

The SNPs were converted into the 0,1 and 2 representation such that there is a 0 or a 1 at the polymorphic site of the genotype if the two chromosomes contain the same base at this site and a 2 if the bases on this site differ. All these {0,1,2} sequences were stored in a genotype matrix.

*Two sequences a and b are compatible with a sequence c if for every site i the following holds: 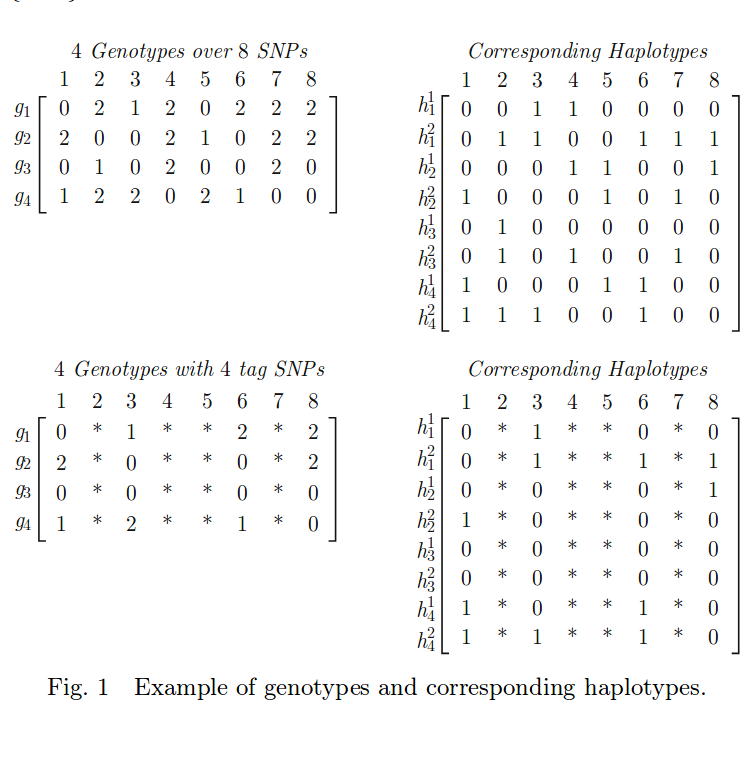 How to calculate Linkage Disequilibrium from this haplotype matrix using r² metric?

How to estimate the haplotype and allelic frequencies used in the r² calculation?