I generated the image using plotProfile deeptools command and it has no scale on the y-axis although as far as I know it should have one by default, or otherwise this chart is quite meaningless. 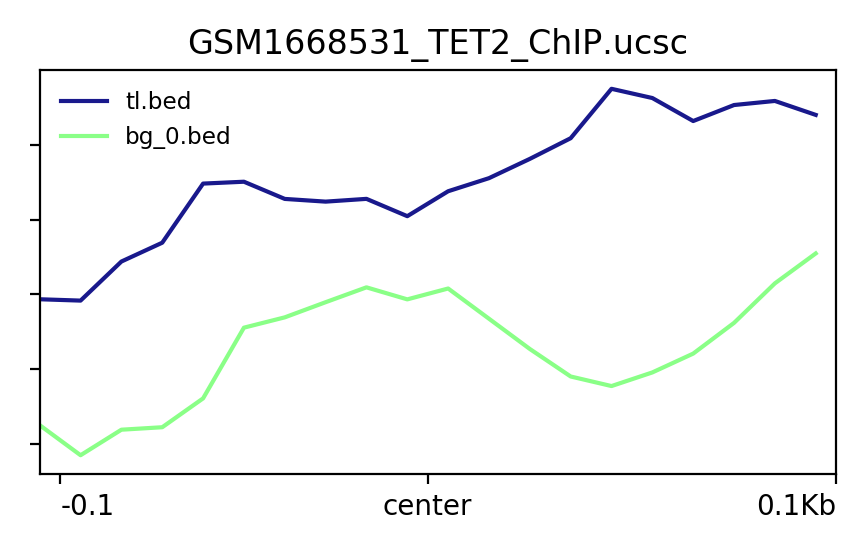 I would like the y-axis to have a scale of some sort, like the one illustrated in the example on the plotProfile deeptools page, so that I could compare the two lines displayed by the graph.

So, is there a plotProfile command that would take the scale used by the program to generate the chart and put it on the y-axis? Also, how come that my chart doesn't show the y-axis scale by default, is it because something's wrong with the bedgraph file I converted into bw that I then inputted into the computeMatrix?

The bigwig file used to plot this chart was derived from a bedGrpah file that looked like this:

Thank you very much for the time you spend to read this and understand my problem!

Edit: The commands I used to get this chart:

Please show relevant commands and the plot. Brief Reminder On How To Ask A Good Question

Your uploaded images do not work properly, please use something like Imgur as image hoster. The current one you use does not behave well on Biostars.

Done. Sorry, I was able to see the pics even when logged out, so I assumed everything was working fine.

If you used the website imggmi or something similar with CloudFlare DDoS protection, whether or not a user sees the image is dependent on how long they remain on the webpage containing the post. Let's say it takes 5 seconds to load the image - this means the user needs to stay on the page for longer than 5 seconds and then refresh the page so the browser (that now has access to the image) can load the image.

Given that the user cannot differentiate between a broken link and a DDoS-protected time-delayed link, they will in all probability move on from the post instead of doing this complicated dance.

Wow, never would have thought of it myself. Thank you for the clarification, I've changed my image hoster to imgur, hope now everything works all right.

I don't know whether it is accepted here to answer your own questions, but I think I've found the cause and solution of the problem and I want to share my findings.

Problem: The empty y-axis appeared to be the bug reported on the plotProfile page.

Solution: I uninstalled anaconda 2019.07, and installed an older version (2019.03) from the archive, then I reinstalled deepTools, and as a result I generated the graph with a 'normal' y-axis: 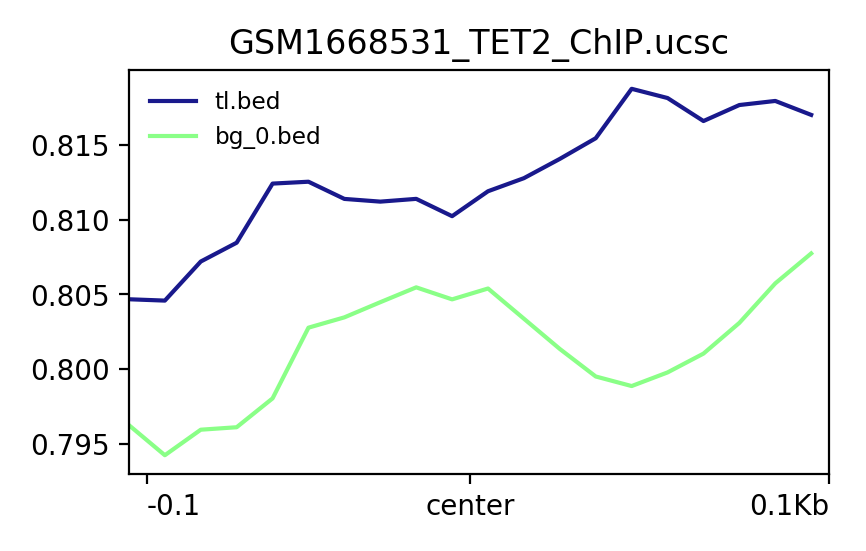 To mark your question as Solved, please accept an answer that solves it. You can accept multiple answers (if they all solve the question). You can also accept your own answer.

Accepted and encouraged, thanks for following up!

ADD REPLY • link written 14 months ago by ATpoint ♦ 40k
Please log in to add an answer.