I have a question regarding coverage levels of different scaffolds in an assembly to better my understanding of genome assemblies. Say my species of interest is the one shown in the orange points in the below example blobplot (produced using Blobtools), how can the coverage vary so much for scaffolds of the same species (for example the majority of orange points are around 10^3, but then there are some that are around coverage of 10^1). Is this due to uneven coverage that this genome has? Or do these lower coverage reads just have a lot of errors in them?

Thanks for any input! 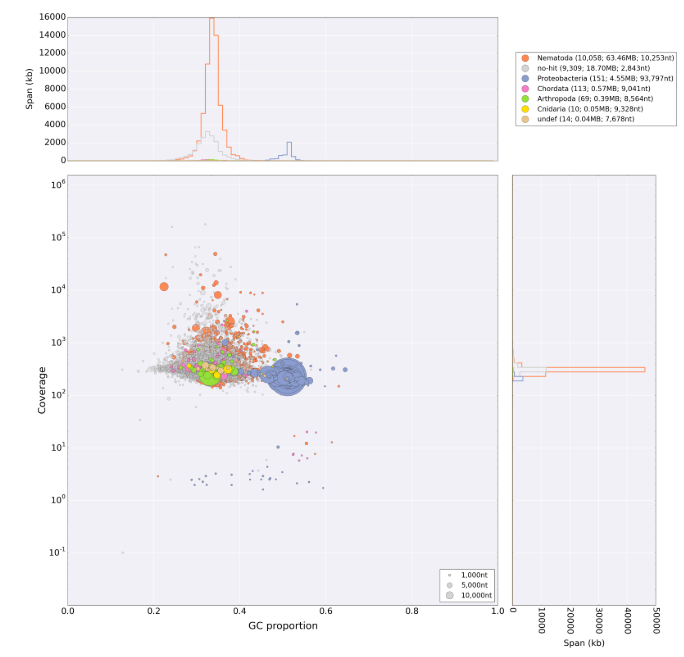 What minimum contig size did you include in that plot?

Every point on the plot is a scaffold. I always use a minimum of 500bp for scaffolds.

Please do not delete posts. The purpose of this site is two-fold: more immediately, to help people with their questions; but on the long run, to serve as a repository of knowledge. The second purpose is defeated if people delete their questions.