I'm working with human RNA-Seq data and I'm observing some, in my eyes, weird behavior for certain splice junctions. For context, the data consists of 50nt single-end reads and was mapped using STAR against the human genome with GENCODE V34 annotation.

For some junctions, I'm seeing some "weird" read splitting behavior, where the majority of the split-reads have a short overhang on one side, and on one side only. For example, the mean overhang length on the left side is 5nt and 45nt on the right side. Assuming that reads are more or less randomly distributed across a gene, what could be the reason that for these junctions the split reads all start and split at the same position? Might this be an artifact? Again, assuming a uniform read distribution, I would expect the overhang distribution for a junction to be roughly equal on both sides.

Has anyone observed a similar kind of behaviour before and could tell me more what I'm obversing here?

can you provide an IGV screenshot of this? 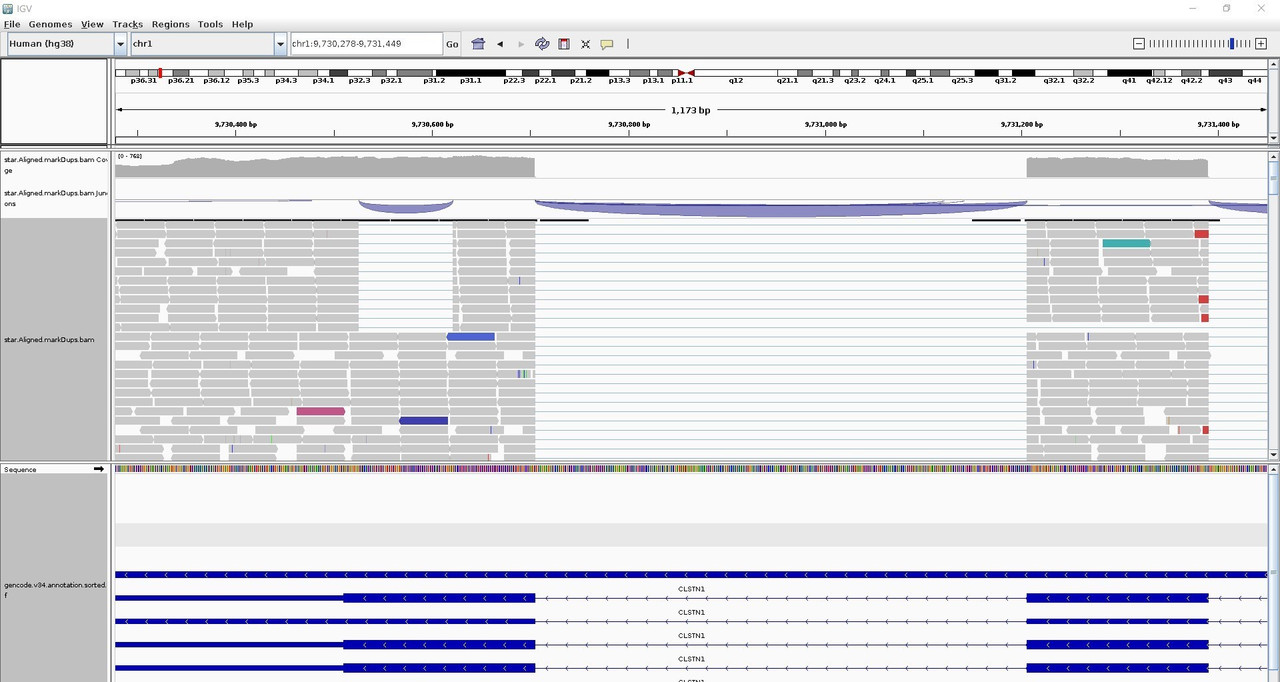 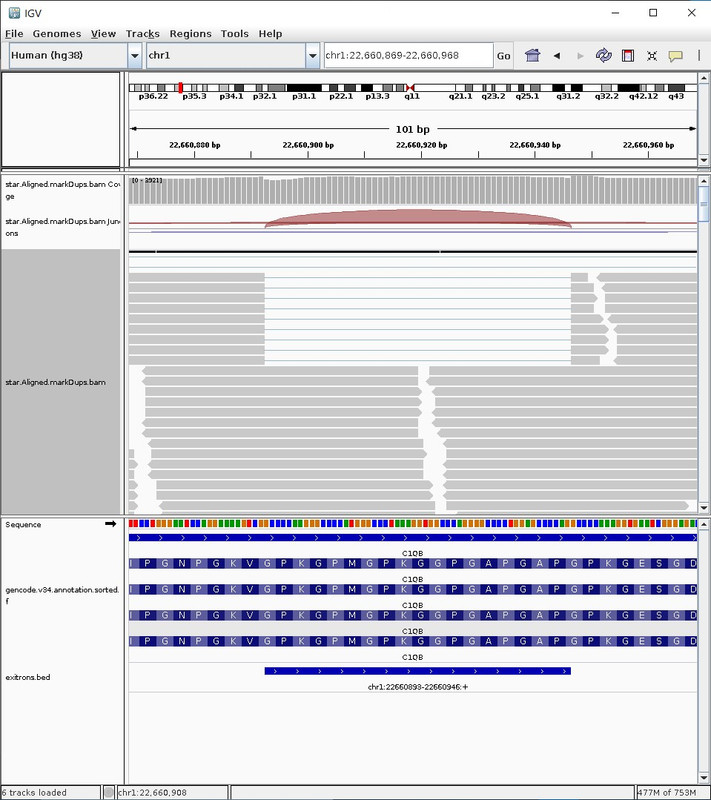 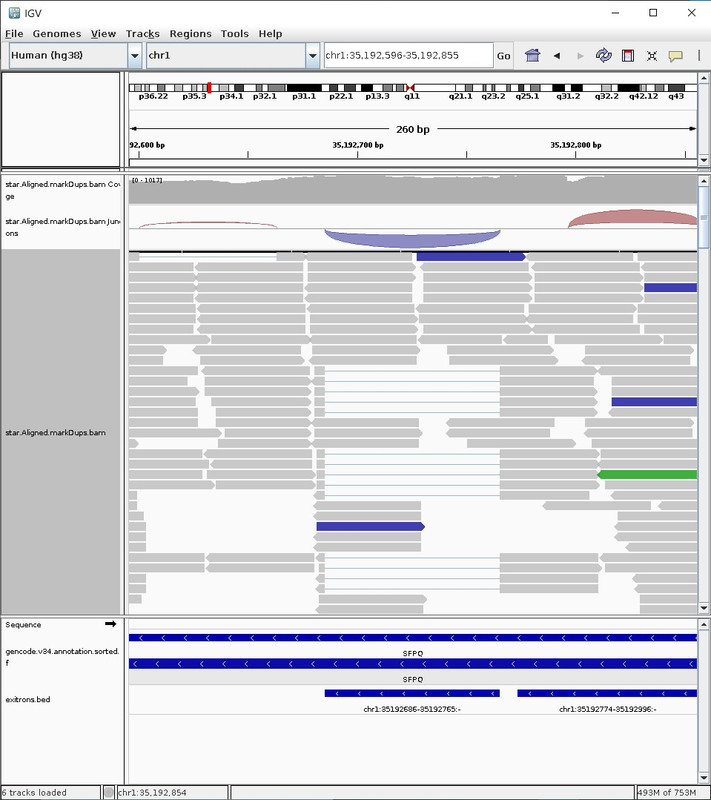 thanks for uploading this. I must say I am stumped. It does look like the overhang alignments are stopping at a particular base pair position as though there is an N in the reference that is causing a soft clip.

Are the reads stranded or not? Are you running with default mapping parameters?

There are a couple of things you might be observing here.

Both these are just guesses, its not behavior I've seen myself, but i've not gone looking for it either.

The reads are not stranded and mostly default parameters were used. By default STAR requires a minimum overhang of 3 nt for a splice junction (if I'm not mistaken), so no need for a 45nt anchor, I would think. I unfortunately do not have any additional information about the sequencing strategy, so I cannot comment on that.

Do you have any suggestions on how to control/check for the second scenario you describe? Could I clip the small overhangs and re-align the longer parts to see if they map to other/multiple locations?

I would be tempted to post this (with the generating data and some specific pointers to these cases) to the STAR repository. Alex Dobin is very responsive, and at the very least, can likely give you a definitive answer as to why you're seeing this behavior.