Why do I keep encountering the following errors whenever I run the naccess program to calculate the interface area of a protein with multiple chains?
0
0
Entering edit mode

I want to calculate the interface area of several proteins using pdb files consisting of two chains, for instance, 1P9U_AG.pdb, having the chains A and G. However, every time I use the naccess to do so from the terminal, it gives output as follows

Backtrace for this error:

Though this does create the expected .rsa, .asa, and log files, they either don't have any relevant data when I open them or a message like the one below pops up

The program works perfectly fine with pdb files comprising of individual chains though. I would be really grateful if someone offers a solution to resolve this issue. 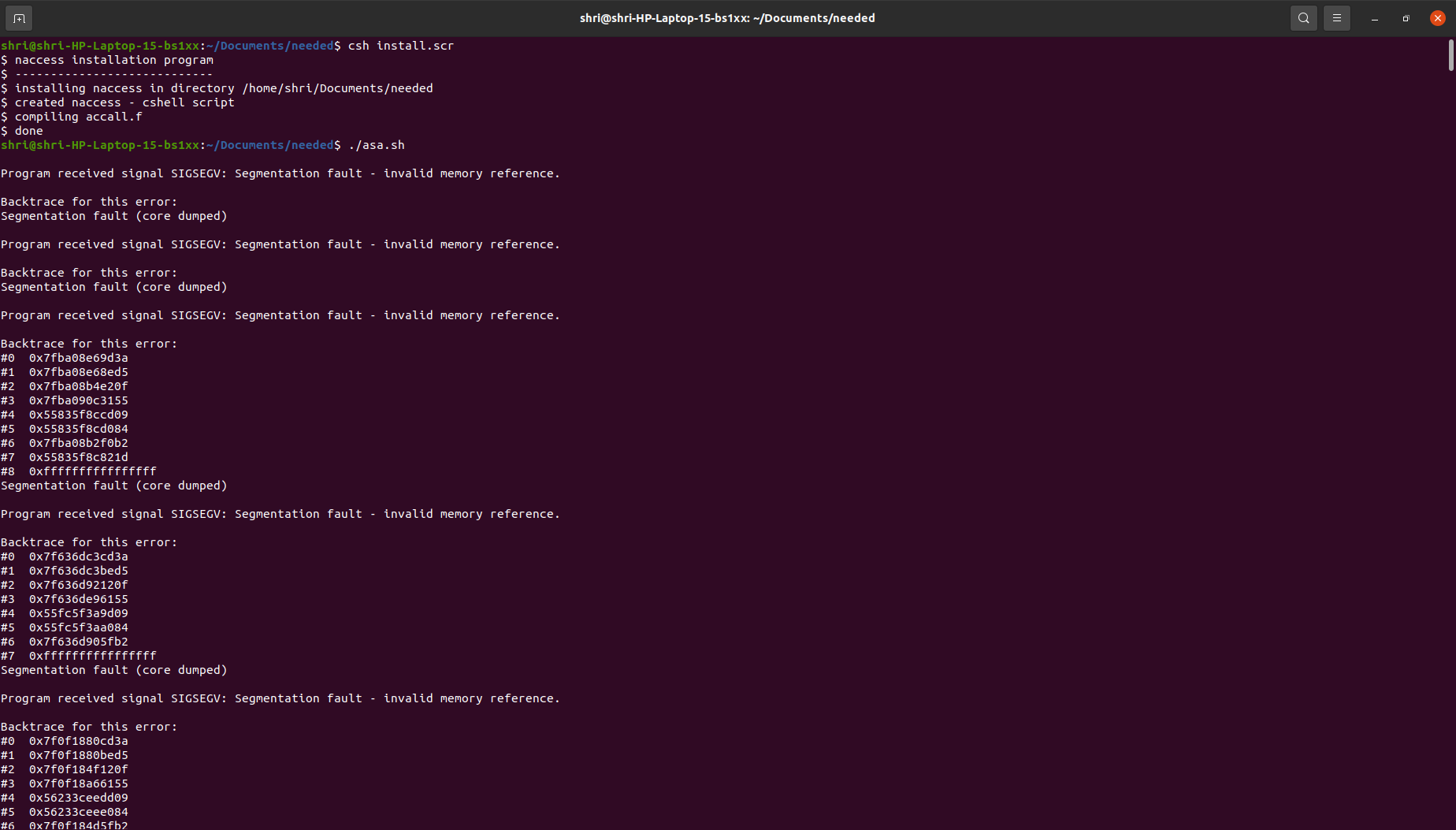 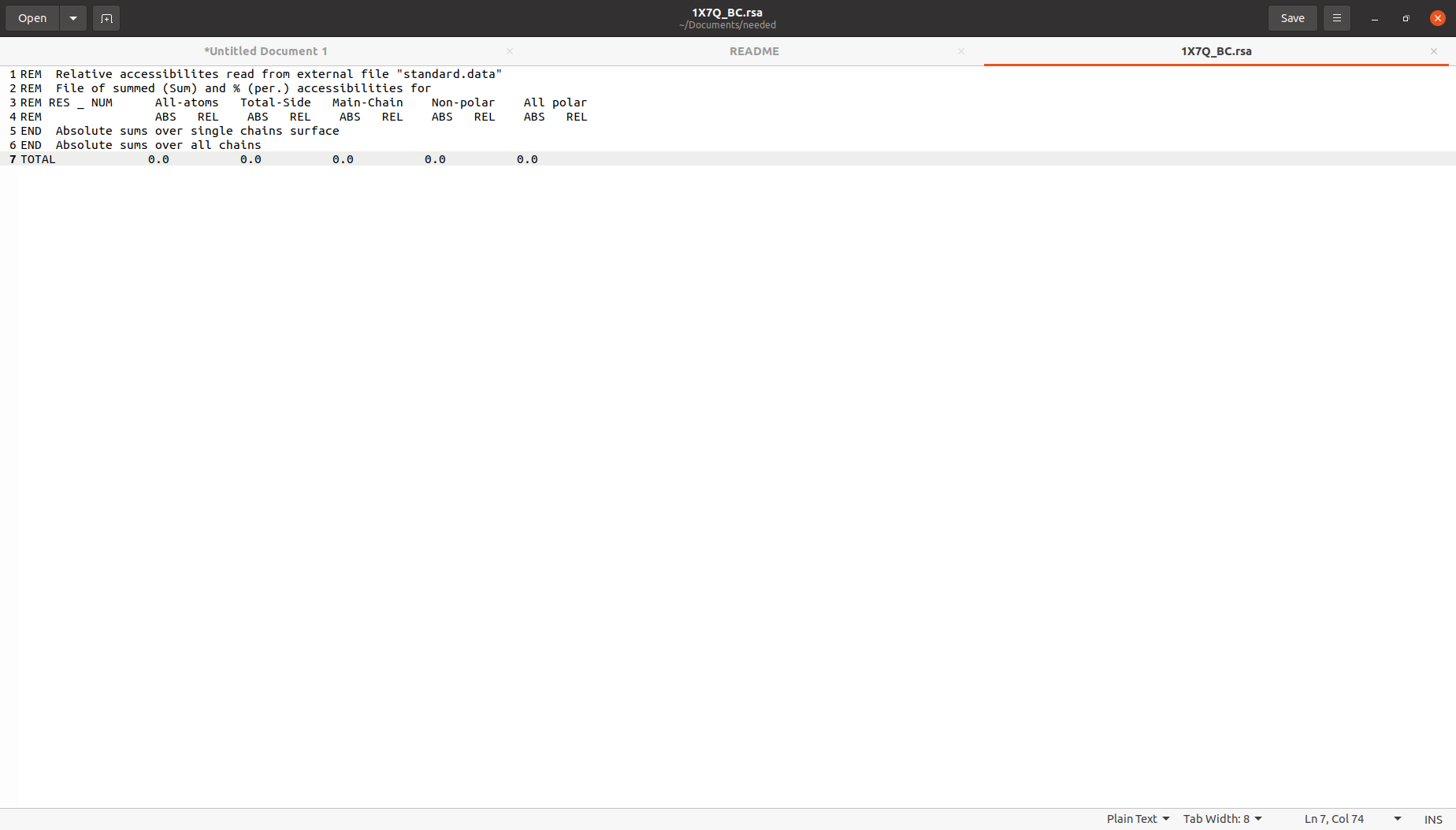