I am using edgeR for the first time and am not confident on how to set up the design matrix for the analyses in an experiment/dataset with >1 variables.

Let's say I have variables a, b, c, and d. There are 2 possibilities for each of the 4 variables (therefore 8 distinct groups total) I would want to investigate the following:

Based on page 14 of the EdgeR guide, it seems like one may use the tilde (~) to specify something that may contribute to a difference in count values but is not the primary variable that you would want to investigate. Other posts, however, suggest that the tilde in R is used to separate the dependent variable from the independent variable.

What is the use of the tilde in the model.matrix function/design in both of the circumstances that I would want above? For further illustration:

The tilde is part of R formula notation. See ?formula for more information.

There isn't enough information about your variables and experimental design to give good advice. Can you provide more information?

Sure thing! In the attached experimental design, I would really want to see: 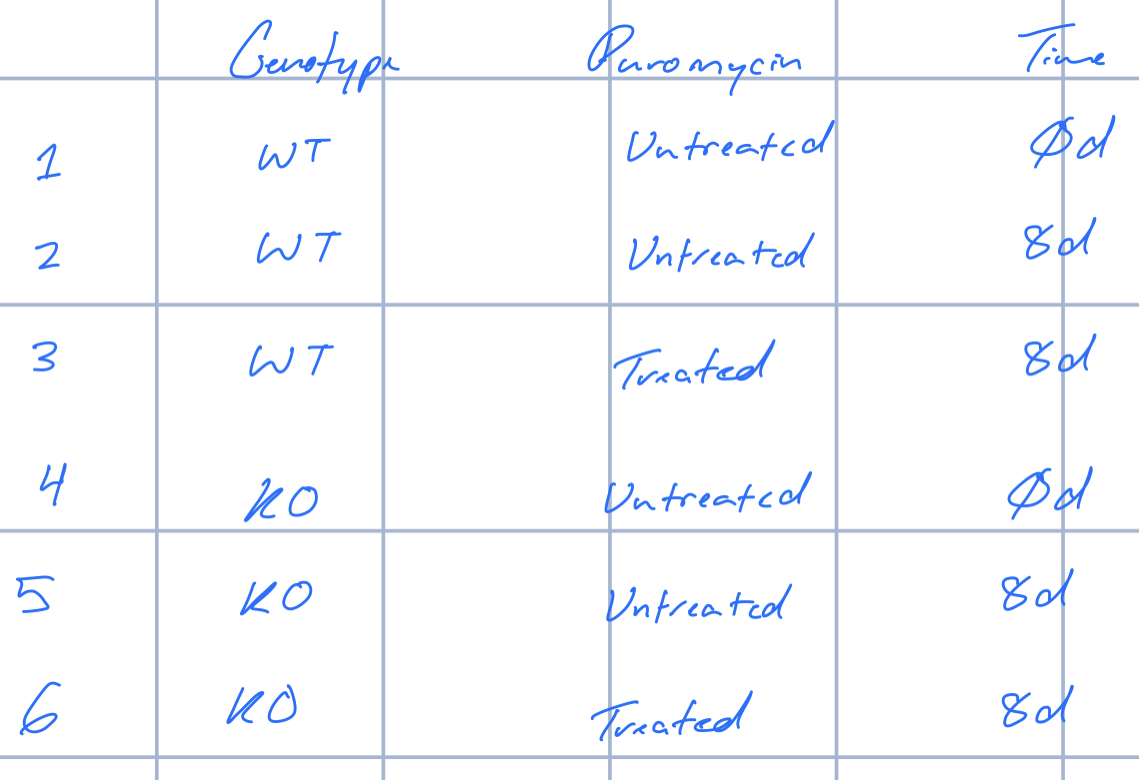 Also, is there any way to further understand the interaction between variables with the experimental design outlined above? For instance, is there any means to evaluate differences across all of the groups? I have done so in the past with DESeq2 analyses.

For further context, page 22 of the EdgeR guide shows the following means to "find genes differences between any of the three groups"

Would this means of calculating differential expression (namely only accounting for it in the coef parameter) be considered sufficient if no proper design matrix is made earlier on? Also, how can I appropriately leverage the coef parameter with, say, 6 groups?

For question two, do you want the effect of puromycin selection independent of genotype and time? If not, what question do you want answered more specifically?

For question three are you looking for the difference in effect of puromycin over time in WT versus KO?

Thank you for the reply! 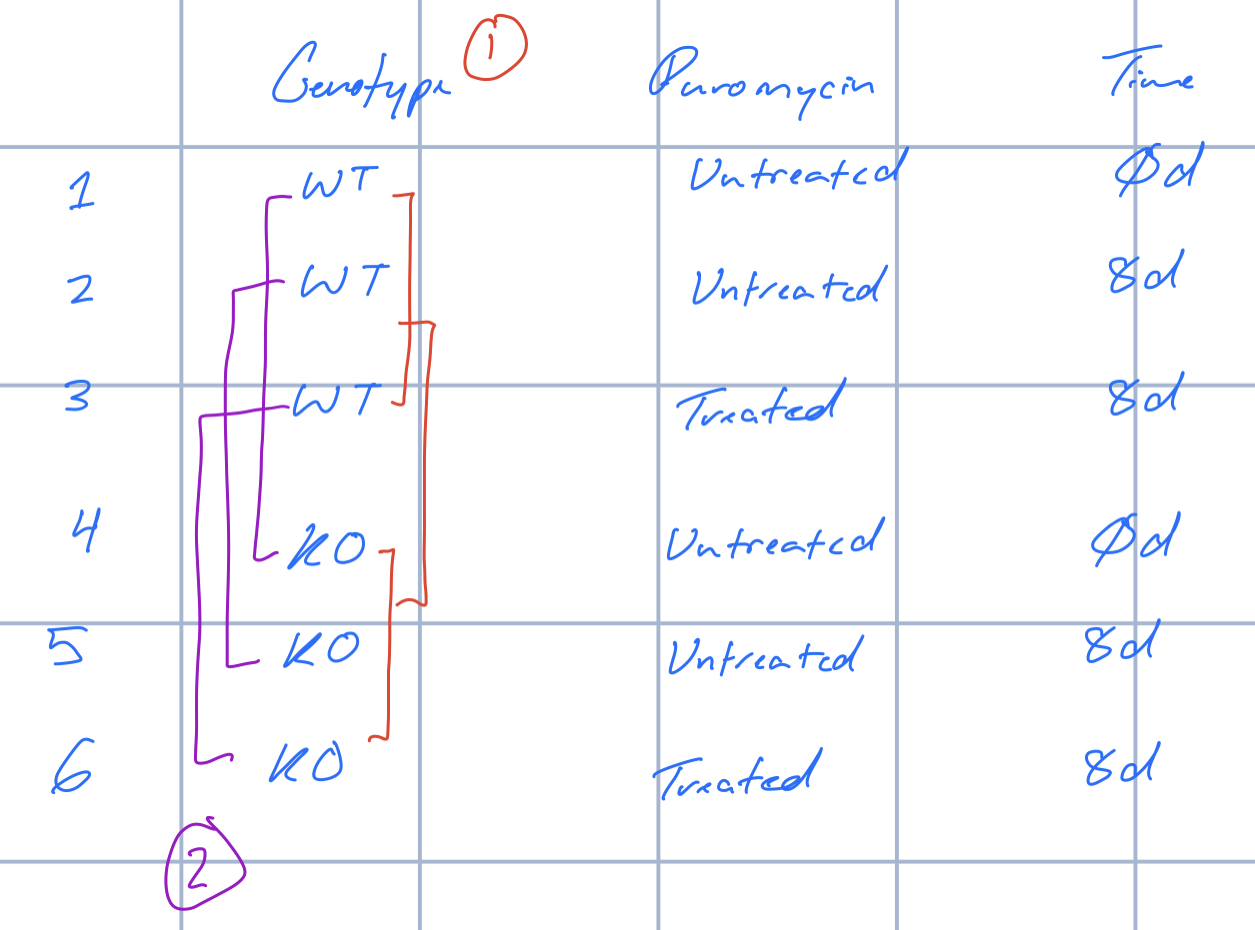 I gather it is option #1 but wanted to be 100% sure. I also recognize there may be a third option that I am not fully considering. I guess I do not understand how the +Puromycin + Time works.

I hope this helps! I apologize for my inexperience.