hi all! thanks for adding me to the group. I am looking for some advice on heatmap interpretation in metascape. I am analysing two gene lists mygenelist=20 genes and another gene list of 2000 genes in metascape.

I am looking at the analysis report and my heatmap and to look at firstly one enrichment term hsa04060 which is grey for the large 2000 gene dataset and brown/orange for mygenelist a 20 gene dataset. but when i go to excel spreadsheet the term in the enrichment headings hsa04060 which is enriched for both genes RORC and CCL18 (which are also shared by both dataset lists) so why doesn't the eczemegenelist column appear orange in the heatmap? see screenshot below: is it that there aren't enough genes which are shared between the datasets for it to appear orange in both columns? I have attached a screenshot from both heatmap and the excel spreadsheet the genes I mention are highlighted in yellow on the excel sheet and there are blue arrows pointing at the relevant area on the heatmap. I do not have direct access to any bioinformaticians and so have not got much advice on this and much appreciate any suggestions or help. 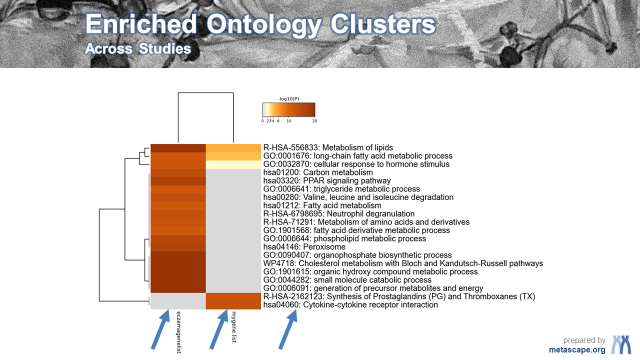 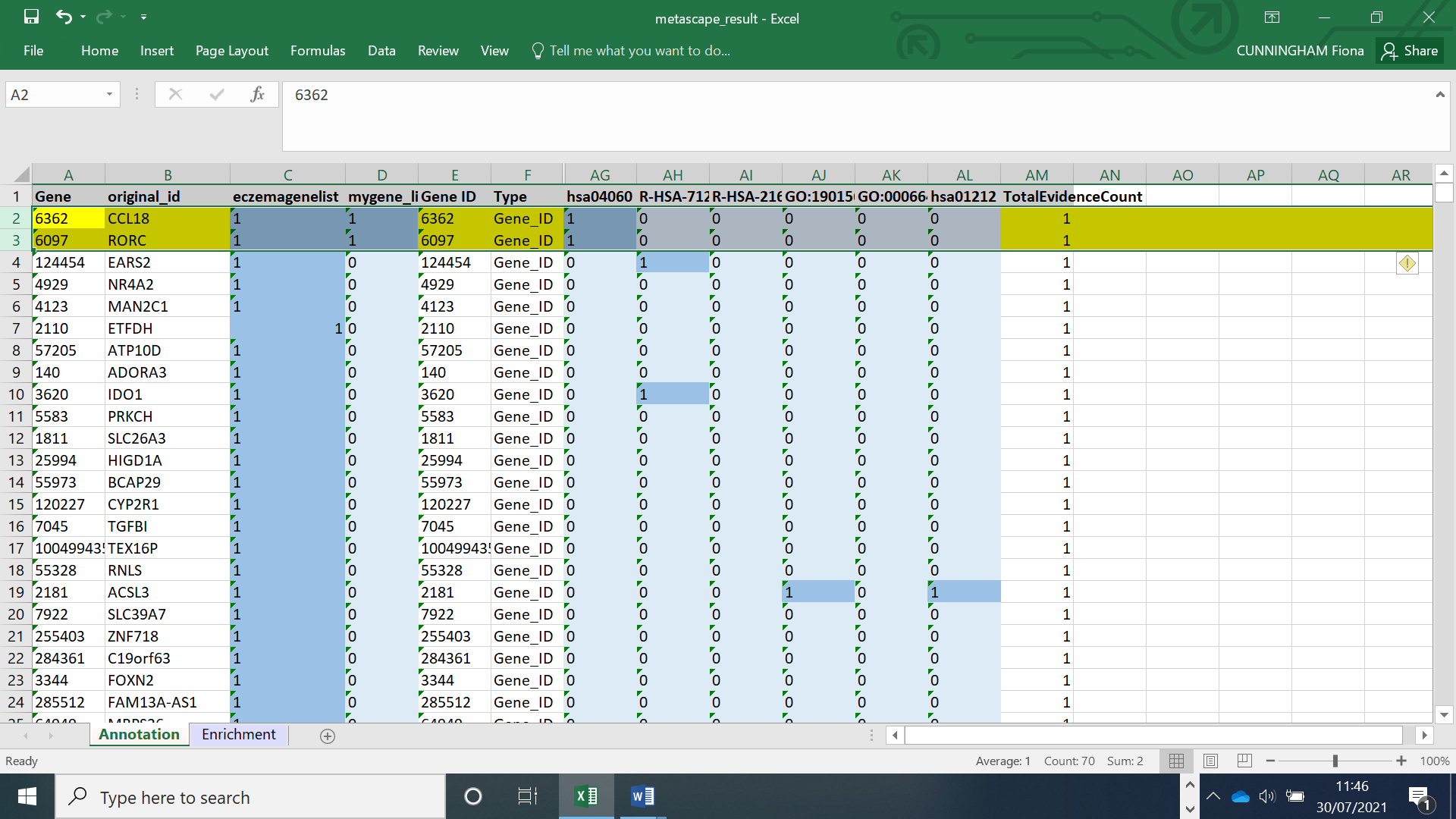 I'm not a bioinformatician either, but my understanding is that the colours didn't indicate presence/absence or enriched/not enriched as such but rather the degree of change between two conditions as determined by the -log10 parameter in your analysis. However, I can't make out what the -log10 parameter is in your graph. Hopefully, that helps.

thank you peter.berry5 appreciate it. by the way what resources apart from biostars do you use to help you given as you say you are not a bioinformatician? I was away on annual leave hence the delayed reply! Best wishes, Fiona.

I'm a PhD student whose project took a sharp left hand turn into proteomics and the analysis of differentially expressed proteins. I do have access to people who code in R which is very helpful as it opens up the whole Bioconductor ecosystem. I've also found that if you contact R package authors directly, they are v helpful once you've made an attempt at solving the problem yourself (ie, written some code that they can troubleshhotcc).

Overall however I've found Biostars to be the best resource there is. People on this forum have frequently helped me troubleshoot v basic errors.

thank you very much peter.berry5