What kinds of GSEA would be most appropriate for RNA-Seq Data?
1
0
Entering edit mode

This is a continuation from this post I made but I figured I would ask in a different and more explicit manner given that I have a deeper understanding of my dataset:

As far as my experimental design:

I received counts data for different treatment conditions after transfection with shRNAs. The counts data from each shRNA should serve as a proxy for whether or not the gene associated with said shRNA was associated with preferential survival or death in the given treatment conditions. Lower counts with the shRNA would indicate that the gene was important in the survival of the cell line in the experimental conditions.

Thus far, for each shRNA, I calculated its log2Fold change and p-value (adjusted) using both DESeq2 and EdgeR. I then thresholded the results to select for only those shRNAs that fell below a certain p-value.

I have other information about the shRNA data in the following dataframe as well, although this likely is not relevant to GSEA methods (all information is from EdgeR. percent_signif_shrna indicates the percentage of shRNAs that were intended to target a particular gene that fell below a specified p-value and above a certain log2Fold change).

I now want to use tools to understand the values associated with my output. Thus far, I used PantherDB's Statistical Enrichment Test (using the Panther Pathways section) to gather some preliminary information. I used this Statistical Enrichment Test since I wanted to leverage both the gene names and the log2Fold change (since I have the quantitative data). The .txt file I put into PantherDB looked like the following tab-delineated file: 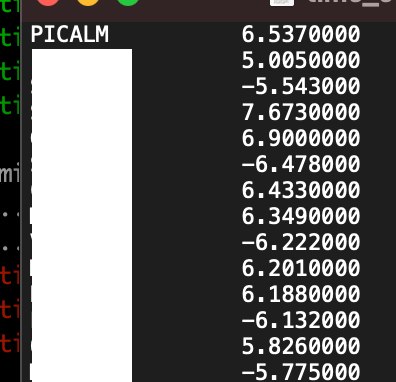 I now want to use other types of GSEA to analyze my output and figure out the biological meanings of these values. I have identified the following potential tools: DAVID, GAGE, MSigDB, EnirchR, and RTopper.

Gene set enrichment analysis (GSEA) method developed by the Broad Institute would be my choice for pathway enrichment analysis. However, there are some points you might want to consider using this tool. The most important one is you should avoid filtering your dataset based on a statistical significance metrics like p-value or log fold change.

Since you have asked about possibility of using log2Fold in enrichment analysis, I would say yes its possible. A workaround to use that kind of data with GSEA is defining a rank variable which will rank all the genes in the list based on log2Fold and pvalue . You can find more about how to do this by reading this post which tries to show how to perform GSEA in R. Also there you should be able to find more details on different types of the enrichment analysis as well.

Thank you for the comment! The post that you linked is going to be helpful as I navigate the rest of my analyses.

For my edification: why should we avoid 'filtering out' genes a priori with a p-value? I would imagine anything with a high p-value might not be helpful for the analyses anyway and instead bog down the results.

Filtering out genes with low level of expression or those that have low level of variance from the input may reduce the statistical power of the enrichment analysis.

Here is what user guide from GSEA has stated about pre-processing:

Filtering based on expression values. For many other analytical algorithms, such as clustering, it makes sense to pre-process a dataset. For example, before running hierarchical clustering, you might remove genes that have low variance across the dataset. This prevents flat genes from driving the clustering result and improves processing time by focusing on a smaller number of interesting genes. The GSEA algorithm does not filter the expression dataset and generally does not benefit from your filtering of the expression dataset. During the analysis, genes that are poorly expressed or that have low variance across the dataset populate the middle of the ranked gene list and the use of a weighted statistic ensures that they do not contribute to a positive enrichment score. By removing such genes from your dataset, you may actually reduce the power of the statistic and processing time is rarely a factor as GSEA can easily analyze 22,000 genes with even modest processing power. However, an exception exists for RNA-seq datasets where GSEA may benefit from the removal of extremely low count genes (i.e., genes with artifactual levels of expression such that they are likely not actually expressed in any of the samples in the dataset).