Hello everyone! I'm having the following problem that doesn't add up to me: I have RNAseq samples of different conditions each with three biological replicates. I'm quite new to RNAseq analysis but I managed to get to the point where I analysed my data with StringTie while previously mapping them to my reference genome with Hisat2. However, after looking at the BAM files in Geneious I noticed that for some genes the resulting TPM values from StringTie don't match among the replicates, while they are rather similar when visualized in Geneious. According to Stringtie one replicate (B2) does have a decent expression while the other two replicates (B1 and B3) have TPM values of 0! 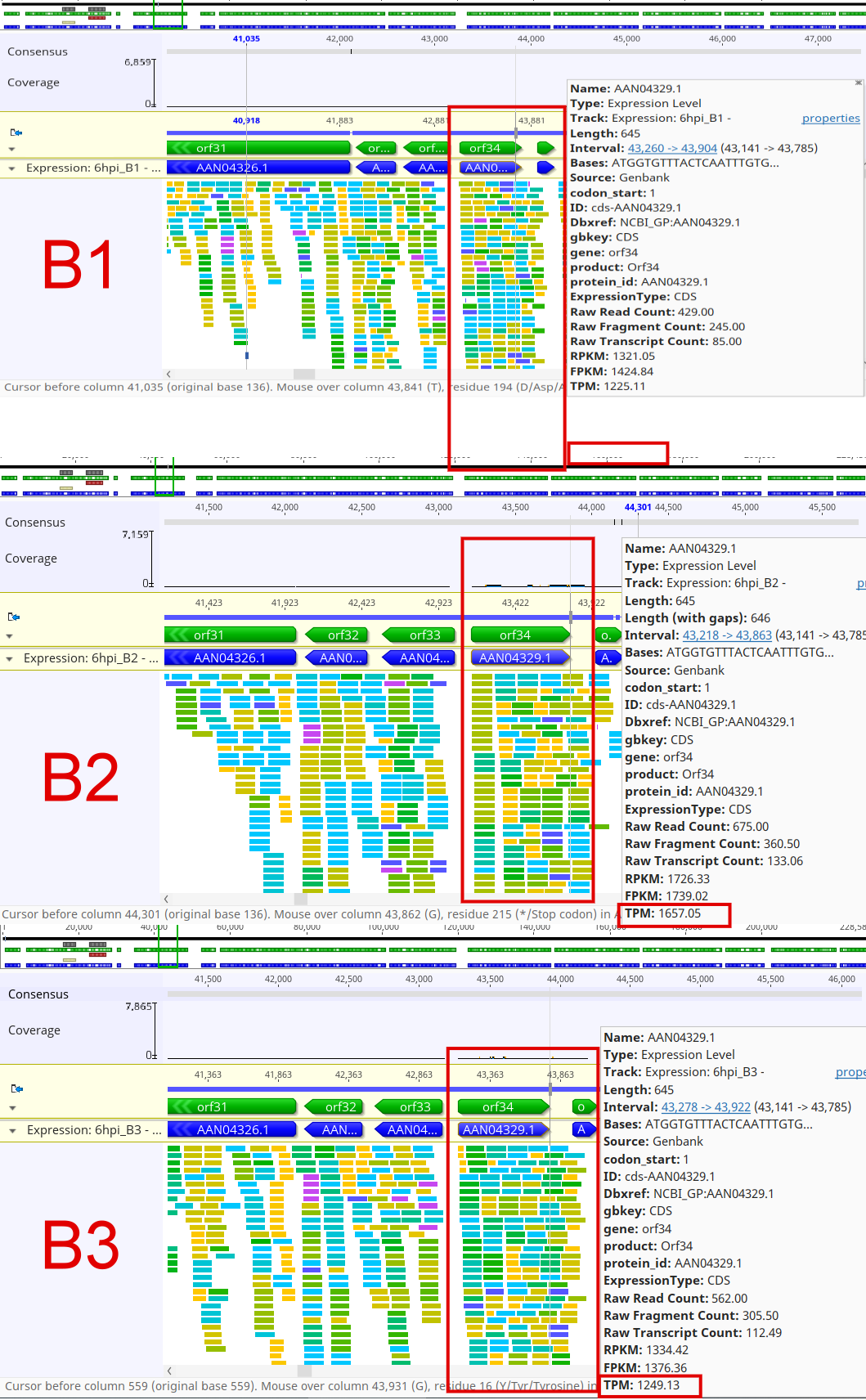 Orf34 has in all replicates clearly visible reads and also Geneious' preliminary TPM value does not say a TPM value 0 for any of them, while Stringtie gives me only for the replicate B2 a value that is close to the one in Geneious. I tried many different things, but still don't know why StringTie doesn't recognize the reads for B1 and B3. I would be incredibly grateful for any helpful feedback on this and tips if anyone encountered a similar issue before. Thank you!