How to get intersected variants between multiple vcf files?
1
1
Entering edit mode

I have 6 replicates from an experiment, and I run a variant calling algorithm for each of them, which results in a VCF file for each replicate.

I now try to combine the six resulted VCF files into a single VCF file containing only the intersected variants. Meaning, only variants appearing in every replicate should be considered. For that reason, I used the following command:

Which output a single file containing all the variants that overlap in their position and reference among all replicates. Unfortunately, using

I expected to get C->CT in the out_file.txt as it is the overlapping variant but I don't get it for some reason. Should I use a different tool? different parameters?

I have a fork of intervene that can produce UpSet plots of vcf intersections. It uses bedtools not bcftools to intersect but I'm not sure that is any more sensitive to alternate allele - it might use position only? 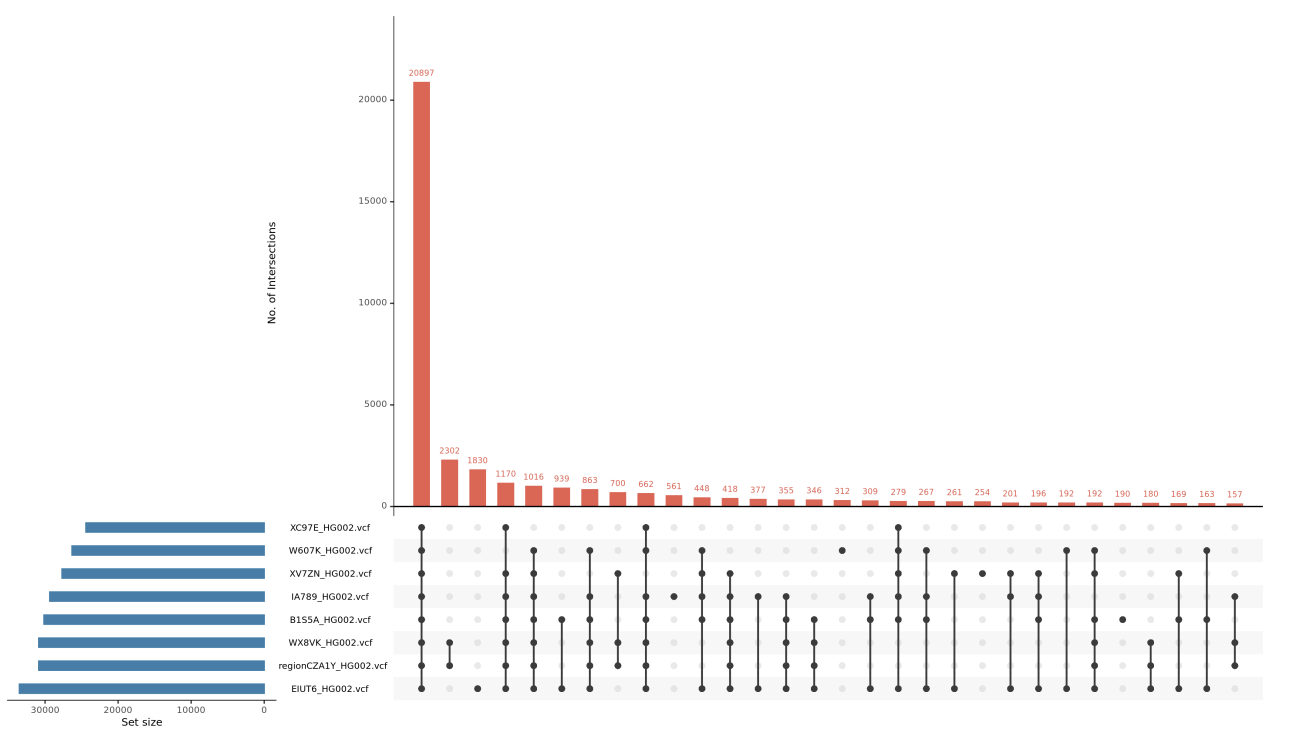 Thanks for your reply!

First, all of the VCF files are already decomposed. Second, I tried bedtools intersect before and it is not more sensitive. There is only one factor that determines the reported "intersected variant": which file was given first in the intersection. Meaning, running the command:

But running the command:

But I believe the correct result for the overlapping variant should be C->CT, without considering which file was given first.

BTW, I checked out intervene and it looks awesome!