I now have some protein sequences of a number of species (chicken, human, mouse, ...). I want to use BLASTP to find the homologous sequence of a small peptide "KPWLRVALCPG" in these species. For the convenience of searching directly for multiple species, I have combined the protein sequences of these species into a single file called "merge.fa" and created a blast database.

I first searched for merge.fa, using the following command.

Another search was carried out on chicken.fa, using the following command.

However, I found two problems.

I am very confused, can anyone give me some advice? Thanks.

What happens if you use the command:

I'm sorry, it doesn't work. The BLASTP threw an exception:

the OLD_FSC=1 should come before blastp as you're setting an environment variable. See

Thanks a million. It works.

I set the environment variable by typing the following command:

This is the result of the search for "merge.fa". The lowest bit-score was 19.7 instead of 20, but its e_value of "5281" was close enough to my expectation of "5283", so it is reasonable to assume that the problem has been solved.

It is also working in the search results for "chicken.fa":

I would like to add a few words to the second problem.

The image below (Fig.1) shows the rows containing "chicken" in the search results for "merge.fa". There are three columns, indicating the sequence name, bit-score and e_value. 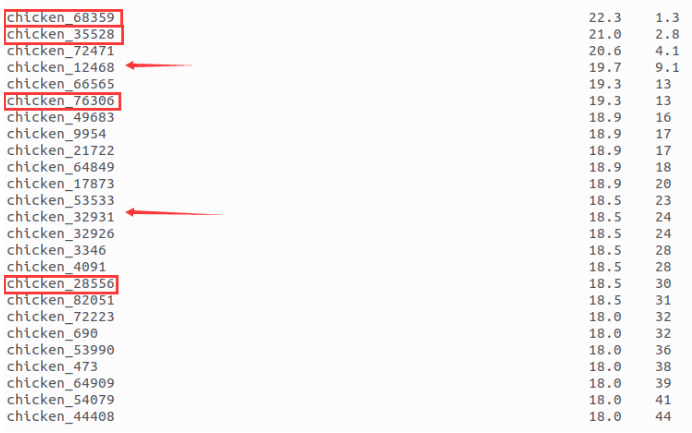 Why do the protein sequences that satisfy the bit-score requirements not appear in the search results for "merge.fa"?