Hi, I have been working on analysing a series of drug screens in 384-well plates. The screen is split over 4x384 well plates of ~850 drugs all assayed at 1uM concentration. There are multiple biological replicates but not technical replicates.

An example design of the plate is shown below: 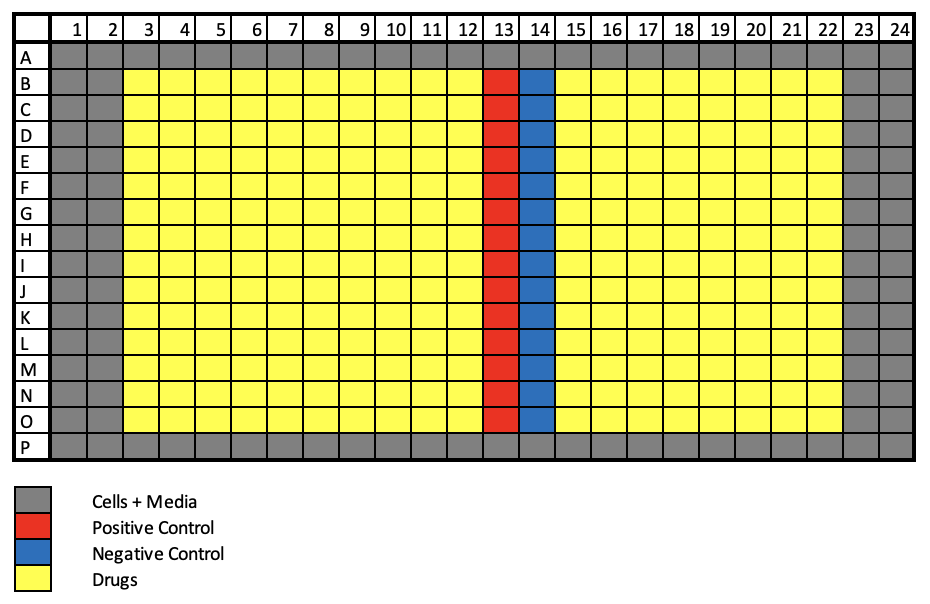 For analysis, I have currently been using two measures:

The issue that I have when comparing between plates and also between replicates is that using the robust Z-score gives me plate specific differences: 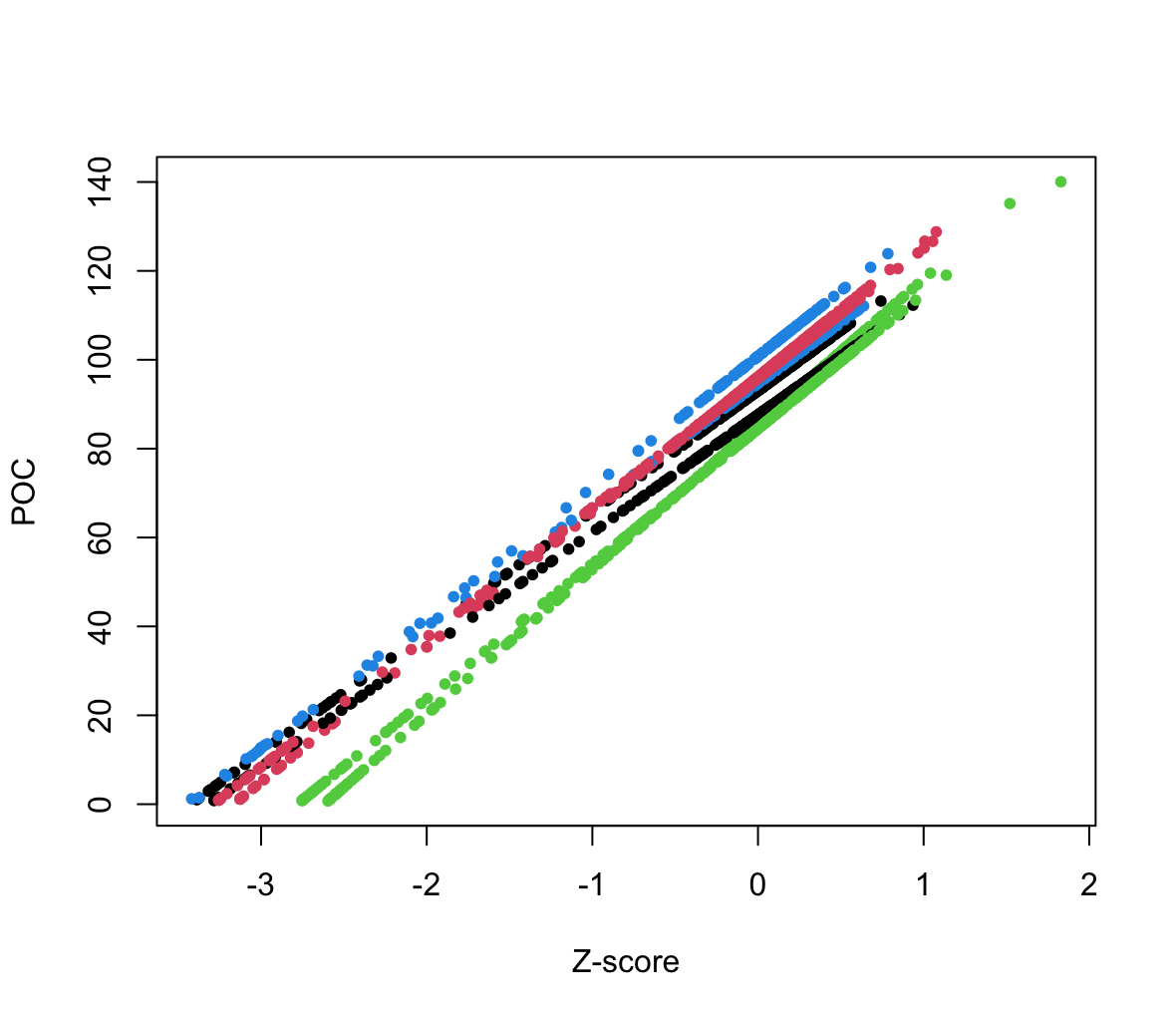 I firstly wanted to double check that calculating the robust Z-score per plate and makes sense and whether I had to do anything else to 'normalise' out the plate-specific effect. I had assumed the point of doing the Z-score was to remove the plate specific effects.

Secondly, I wanted to ask for advice on any other better approach to analysing this kind of data. Being a single concentration and the plate design being as it is, this kind of data isn't compatible with pipelines like cellHTS2.

Any input is appreciated.