I am trying to plot the co-linearity of marker locations on multiple physical and genetic maps.

I am not trying to improve the physical maps via the genetic maps, I just want to plot the co-linearity to see the discordance and the few discordances.

So I was hoping to make the kind if plot as shown here in the example. Is there an easy tool to make these kind of plots, without running scaffolding ? (i.e. consider the maps to be final) 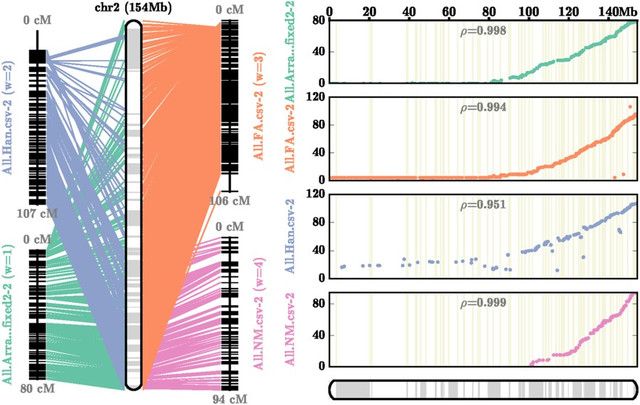 RIdeogram seems to be able to do what I am looking for: