How do I interpret this plot in the Scanpy Tutorial https://scanpy-tutorials.readthedocs.io/en/latest/pbmc3k.html: 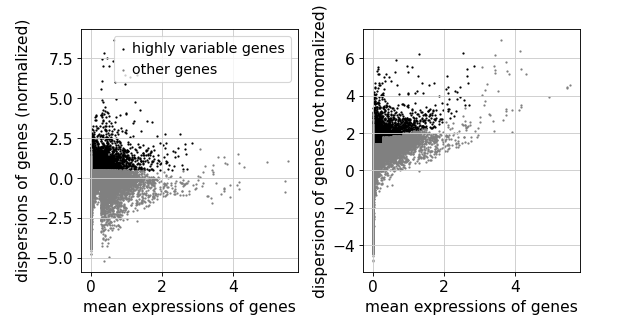 I understand that the algorithm is identifying highly variable genes, but I don't quite understand what the y-axis means by

Any help would be appreciated!