bloody noob in Cytoscape here and my Google skills have abandoned me.

I am working on a university project to implement a simplefied pipeline to use data from NCBI GEO to reconstruct networks found in this paper.

A running version of the pipeline exists and I am able to generate a nice source-interaction-target-score table to load in Cytoscape. Now here is my problem. One Cytoscape example session for the aforementioned paper looks like this: 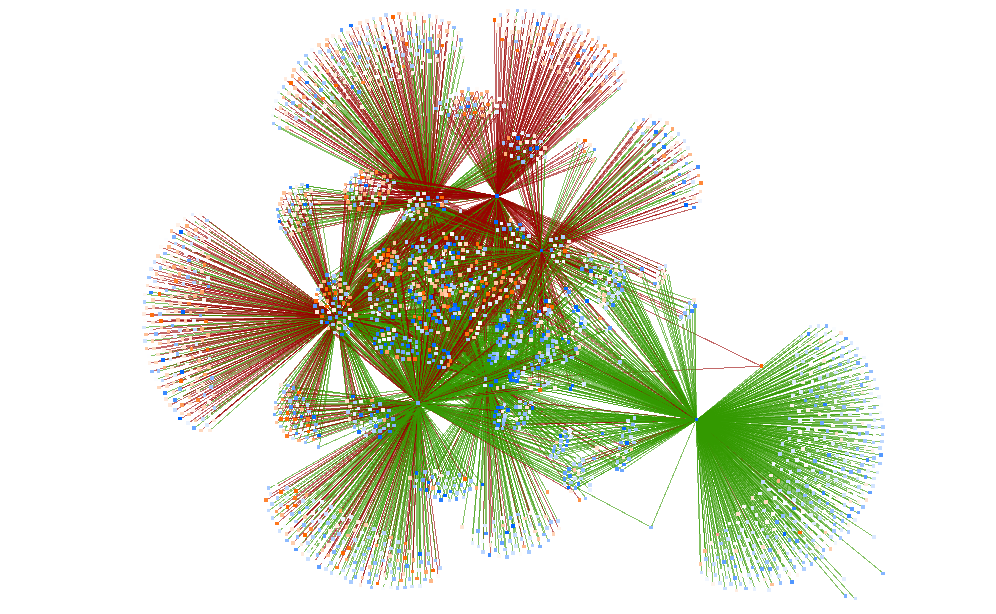 In contrast, using the default "Prefuse Force Directed Layout" when importing my own generated network file will yield something like this: 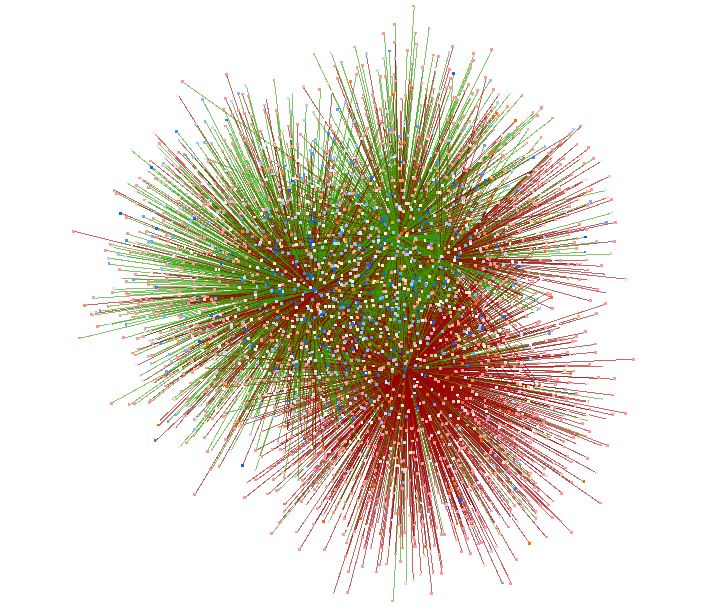 My question is mostly: what is the reason for this and how can I fix it? The tables which are fed into Cytoscape are similar, although node number, edge number, and scores (edge weights) do vary. If I apply the default layout on the correct example layout, it will look like my own network. Is there a setting I need to change? A plugin to use?

Do you know what layout was used for the example in the paper ? If not, either ask the authors or you'll need to experiment with those available to you. You may also need to play with the parameters of the layout algorithms (in Cytoscape 3.x, go to Layout > Settings, select an algorithm e.g. Prefuse Force Directed Layout). Also keep in mind that your graph may not have the same kind of structure as the one in the paper (the layout shows some sort of cluster structure). If you have clusters, one possible trick to use is to group the nodes by clusters, collapse them into one node per cluster, apply the layout algorithm and manually tweak it then expand the node clusters into their member nodes.

Thank you for the suggestions! The authors did in fact perform some clustering of ChIP-seq peaks, but strictly for another part of the analysis I think (might be wrong here, so I will check again). Interestingly enough I have achieved similar looking results using AllegroLayout and playing with its algorithms for force-directed networks.