Hi, I got stuck with an issue in analyzing my RNA-seq data. I have three tratments (Control, D1 and D2), and within each tratment I calculate DE genes between two groups (G1 and G2). Then I identify genes that become DE in both D1 and D2 compared to the control. Summarizing, I have (see also Figure): 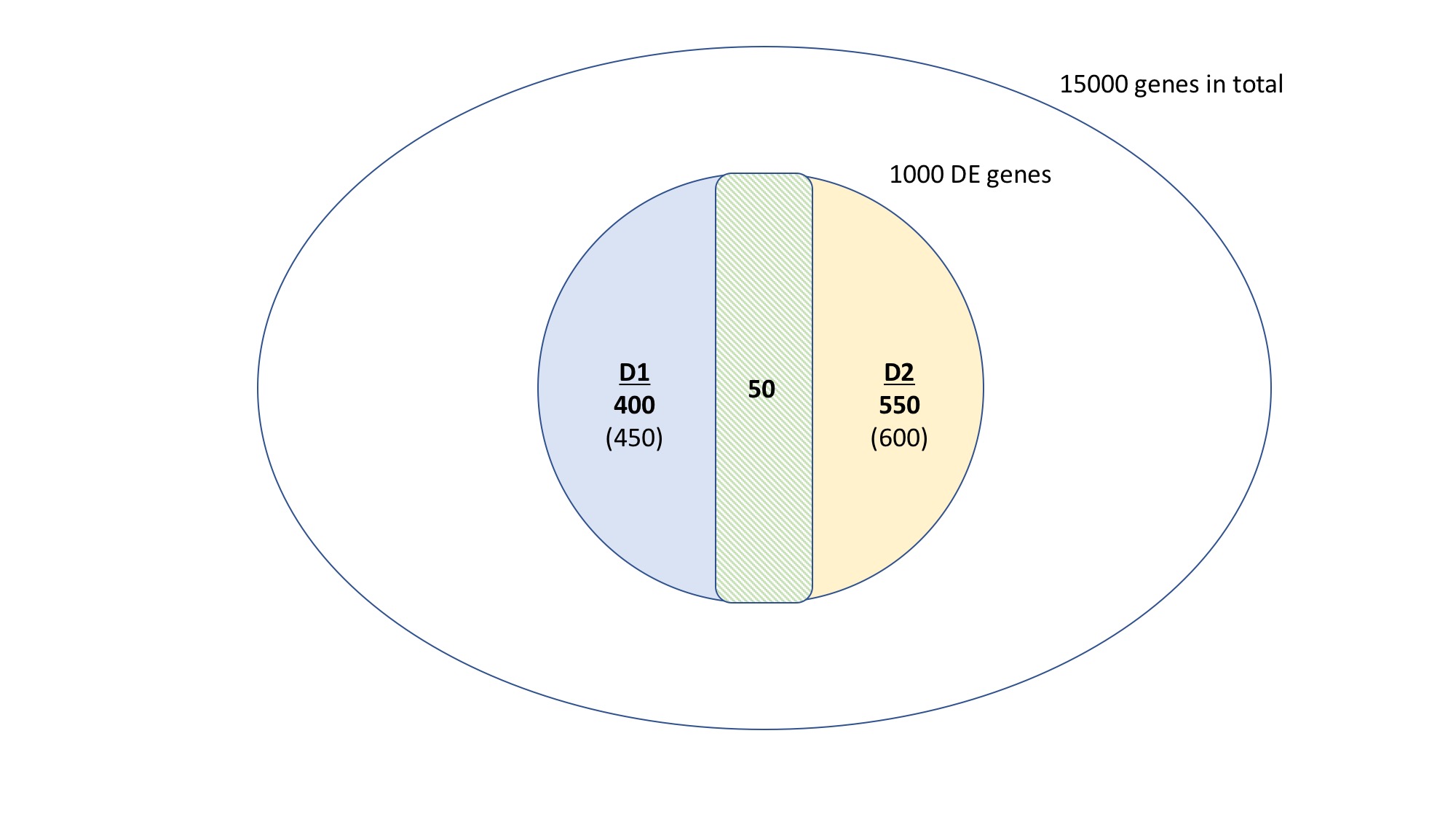 Now I want to understand if this overlap is due by chance or not. So I'd like to have a feedback on my solution and, if wrong, a possible answer to my problem.

I have my observation: out of 1,000 DE genes common to both D1 and D2, 50 of them overlap. Then, I drawn 100 genes from both D1 and D2, and I counted how many overlap (bootstrapped 1,000 times). Let's say that the result of bootstrapped drawing is 10. Finally, I tested if the overlap observed and the one got by random drawing is different through a hypergeometric distribution.

I've done everything with R, using phyper as follows:

Here I have to use 4 values:

I got 0.007 which, if I understood correctly and my procedure is correct as well, means that the overlap I observe between D1 and D2 is not due by chance.

Any opinion about my approach?

You need to get the rates in each group from the total number of genes tested, so 15000 rather than 1000. You're wanting to know if the overlap is greater than expected by chance, thus the alternative='greater'. By chance you expect 450/15000 * 600 = 18 overlapping genes, which is more than you actually see. So since the p-value is near 1 you can't reject that you're seeing the overlap by chance (since you did a one-sided test, you can't then turn around and check the other one-sided test, since that'd be p-hacking).

There also exists a Bioconductor package for these type of tests, GeneOverlap

If you randomly draw an infinite number of times then you'll approach the p-value from fisher's test.