Is there a reason for less IgG occupancy around the promoters of highly expressed genes?
0
0
Entering edit mode

It seems that there a consistent trend in my ChIP data that more highly expressed genes appear to have less IgG occupancy around the promoter. Is this known to happen/is there an established reason for this? I thought it could be due to higher polII occupancy in these genes preventing other proteins binding but I don't know whether such an effect would lead to the obviously detectable difference I see. Any input welcome.

It is difficult to comment on anecdotal descriptions without seeing plots and having details on how you processed data.

The data is presented as a metagene. The panel on the left is bottom 10% as regard expression levels and the right is the top 10%. The counts over the region were divided by the number of mapped reads for that sample and multiplied by 1 million to get counts per million. The samples were then divided by their inputs to get fold-change relative to input. The yellow trace is the IgG, the blue and green our protein pulldowns under different conditions. 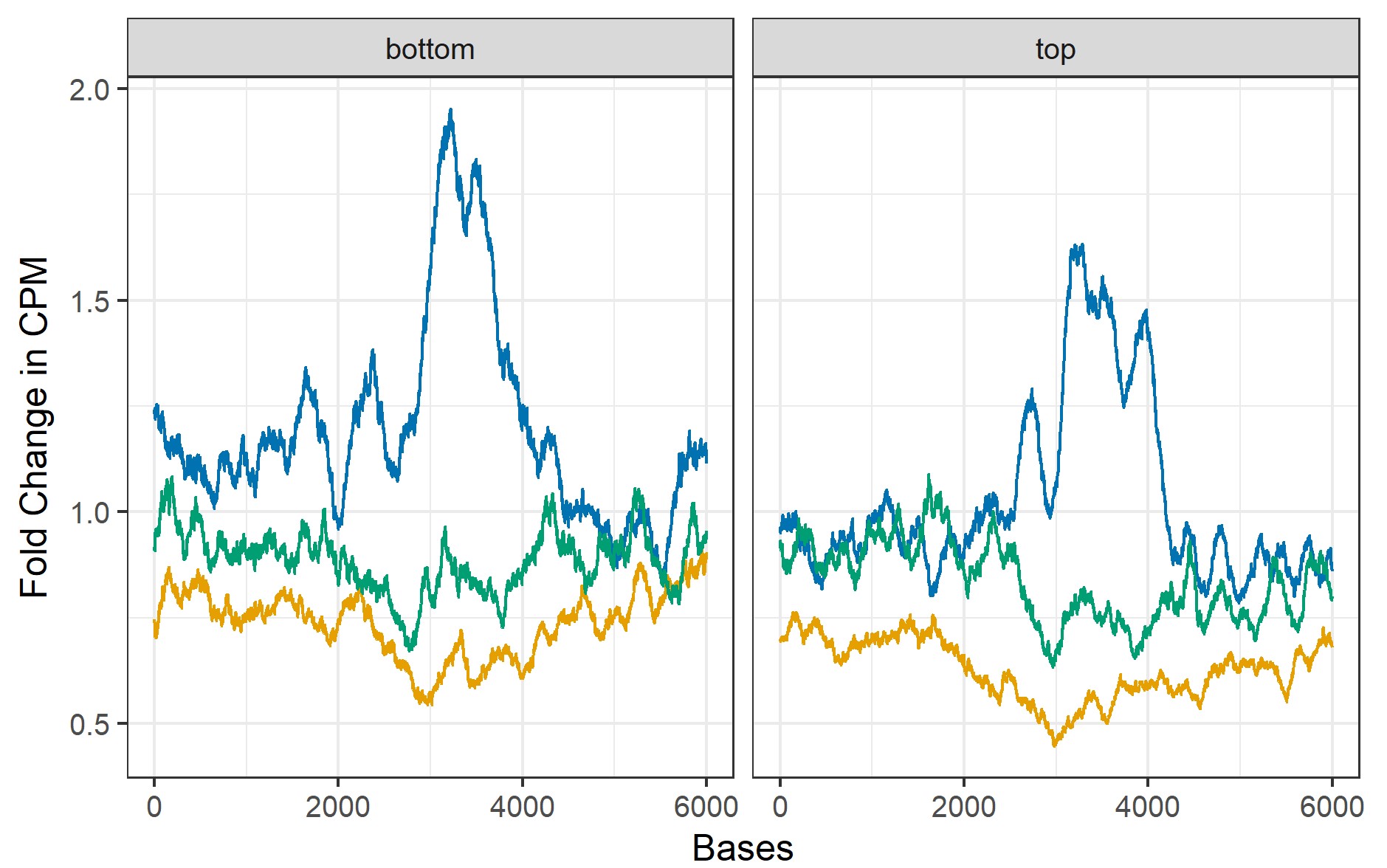