*Hi all! I know that there are some similar topics and I read them but it didn’t solve my issue…

I’m working with smRNA-seq data (plants) and my aim is to find novel and known miRNAs, then perform DE expression analysis and find some correlations between miRNA and mRNA expression profiles.

I preprocced smRNA reads: 1) trimmed adapters using Illumina documentation I found only one adapter sequence actually and removed it with cutadapt. Command:

2) then I filtered tRNA and rRNA contamination using bbduk.sh 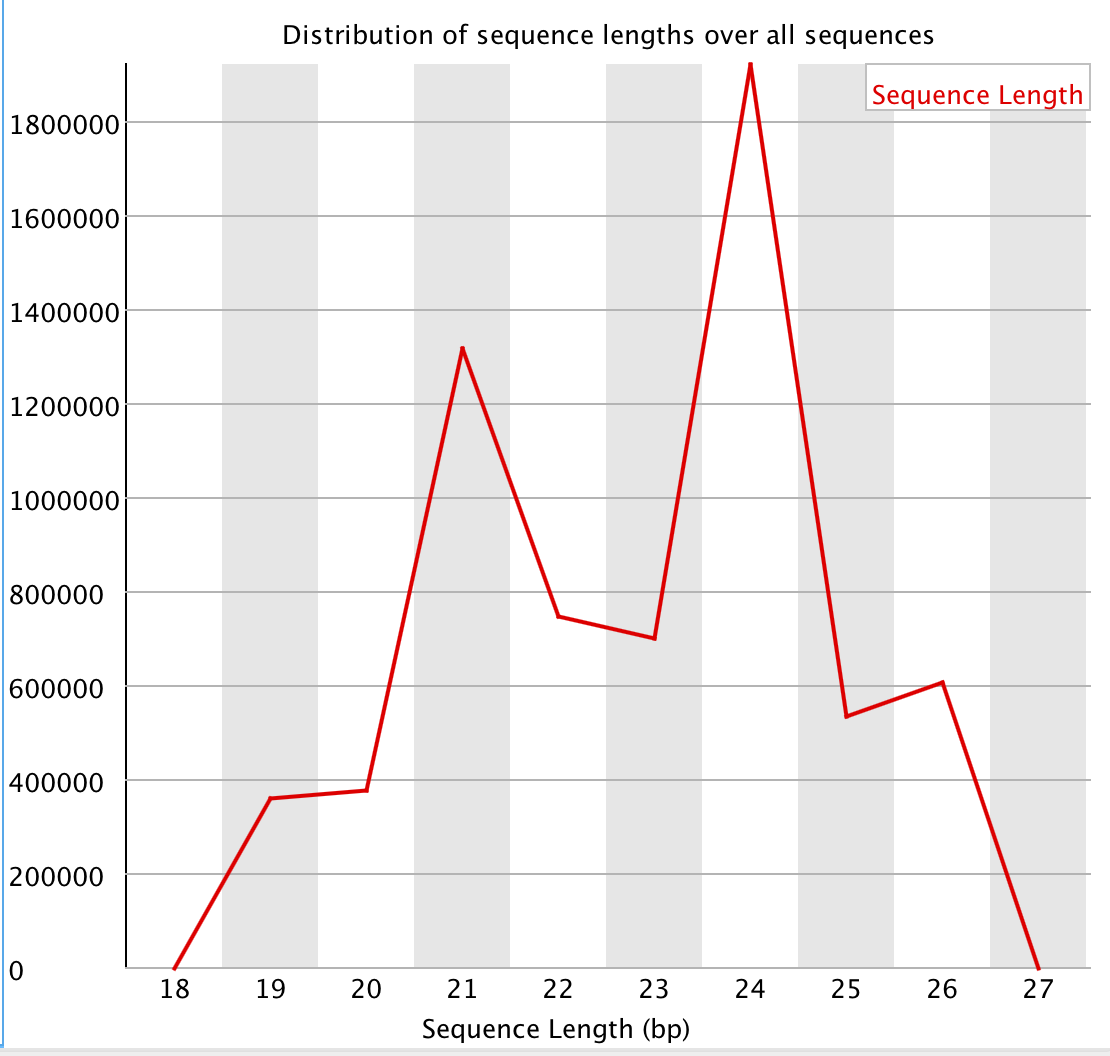 And here is the issue. I aligned my clean reads against precursor miRNA sequences downloaded from mirbase to identify known miRNAs. I used both bowtie and bbduk.sh but alignment rate is very low, about 5%. What could cause it?

Did you replace the U bases with T (e.g. sed 's/U/T/g') in miRBase sequences that you downloaded before doing the alignments?

My hairpin file doesn't contain U bases at all

Great. I am not sure what kit was used for your dataset but some kits directly ligate a special adapter to miRNA. So unless that adapter is present the read likely does not represent a miRNA. Checking to see if this applies in your case.

can you show us some of the putative miRNAs that did not map?