I have performed a RIP-Seq experiment, that is RNA Immunoprecipitation followed by RNA sequencing. Does anyone know of an established pipeline or tool as to how to analyse this data? 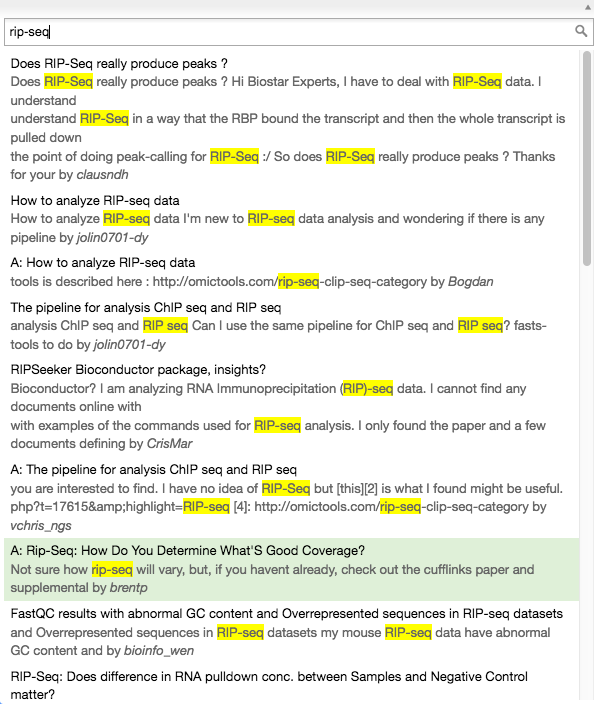 Tried or searched for anything yet, e.g. via the search function?

I've got the RIP-seq analysis outputs. We used an isotype control antibody VS antibody against an RBP to pull down corresponding RNAs!

I did the following pipeline: Hisat2 (mapping the reads after QC) -> htseq-count (getting read counts) -> DESeq2 (getting enriched RNAs in test VS isotype control) -> volcano plot shows up-regulated and down-regulated genes in the test sample.

BTW, it's worth to mention that all enriched RNA (called up-regulated genes in DESeq2 pipeline) are significantly relevant and meaningful to my experiment. However, I am not sure how much confident I can be on this output? And how should I explain down-regulated RNAs? because normally we just expect enriched RNAs in RIP-seq experiment.

Is there any public data can be used as example dataset to develop RIP-seq analysis pipeline?

You can use RIPSeeker package from Bioconductor, or you could perform a "differential enrichment" analysis with edgeR / DESeq2 packages.