I wondering which bioinformatic tools / open source software are you missing, are outdated or difficult to use? I am looking for a side project as a software developer but want to implement something useful.

Any feedback would be appreciated

Cool forum idea. There are definitely some (usually quite niche web servers which go defunct). I'll have to give this some thought!

Would be very happy for feedback!

A replacement for AAT and/or exonerate. Some parts of eukaryotic annotation pipelines are older than a decade and not developed or maintained.

Could you provide a link? This would be helpful.

I agree in general about eukaryotic genome alignment pipelines though. Also the licensing on many commonly used tools for gene prediction (e.g. GeneMark) is not open source making these tools hard to distribute.

there was some interest for someone to implement polygenic risk scores on OpenSNP https://github.com/openSNP/snpr

As a software developer, you might be intrigued by Biolegato, a programmable GUI that makes it easy for biologists to run command-line programs. BioLegato is a Java application that lets the user set parameters in menus that are specified using PCD, a simple language that my lab has developed so that people with minimal programming skills can add new programs to BioLegato. Parameters are substituted into the command, and the command is run. Because the command can include sending output a new instance of BioLegato, the user can pipeline output from one step to be used as input in the next step in a point-and-click fashion. 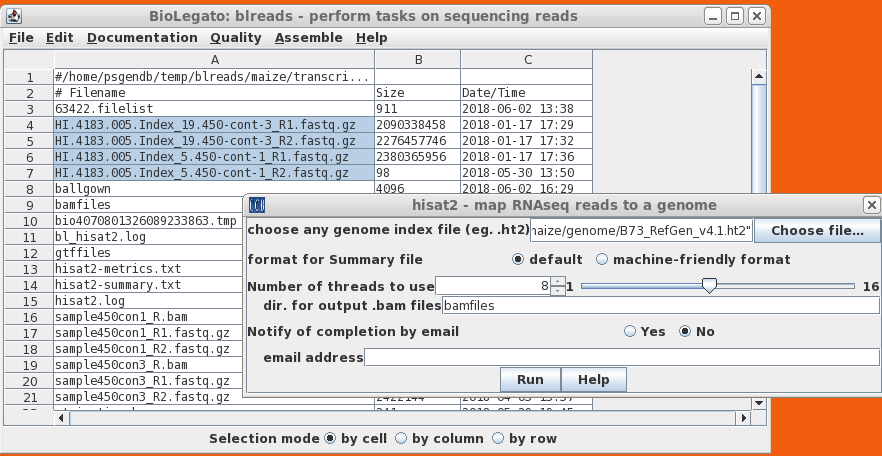 Applications built with Biolegato are designed around object-oriented principles to make it more intuitive to the biologist. To see BioLegato in action, have a look at BIRCH - Desktop Bioinformatics (short version) on our YouTube channel.

Although BioLegato was written to run bioinformatics programs, it is generic enough that it could run just about anything that can be run from the command line.

I am interested in potential collaborators, so contact me if you want to discuss possible directions for development.

If you could find a way to aggregate all of these in silico functionality / pathogenicity prediction tools, that would be great:

I originally started it a few years ago by developing a JAVA-based GUI with modules that interacted with these web--sites via different protocols, but never got too far due to lack of funding 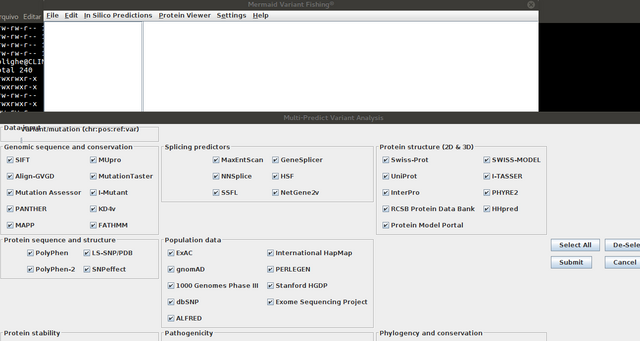